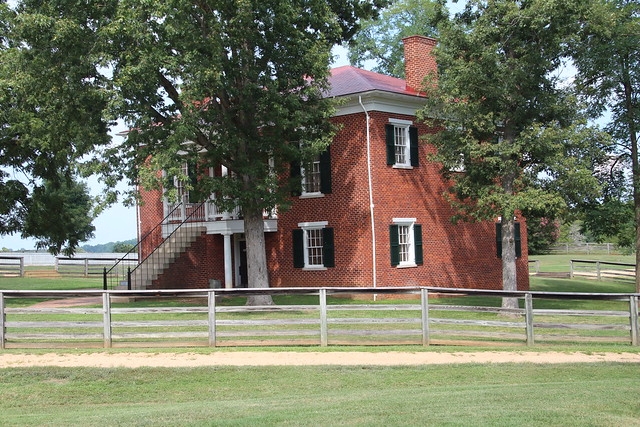 Curbcrusher had asked me(Lady CC) if I wanted to accompany him to Charlottesville after Miss CC had gone away to college. Absolutely! I said. So we set off on Thursday via Southwest Airlines at 10 am. We had Pre-check which makes it easy to fly except right now I’m wearing a walking boot for plantar fasciitis. Which means I go through the full body scanner and get wiped with a cloth for ammunition residue. After we cleared we went to the gate to wait for our flight. This one wasn’t full like all the others we have been on recently. It was a short 1.5 hours and we landed in Raleigh NC picked up our car, a red Nissan Altima from Thrifty, to start our drive to Charlottesville. We could have landed closer but we wanted to see some historic sites on the way so this worked for us.

Our first stop was Appomattox Court House in VA. Neither one of us was ever great at saying this name. I had to keep thinking of phone apps to remember how to say it. This is the location for the official end of the Civil War where Lee surrendered to Grant. We got the Junior Ranger handbook and CC bought his National Park pin. The books we started with Miss CC years ago and I liked doing them so I always get one if they have it available. Right now we have 62 badges we’ve earned and been to more parks than that, since not every park has a Jr Ranger program. So we set off to explore the park. Everything here is pretty compact which was good since walking uphill on pea gravel was not the easiest thing in the walking boot. I didn’t get to see the buildings that were farther out but CC went to a few of the areas to get some pictures. We toured the Visitor’s Center with a movie and exhibits and then went to the slave quarters, looked at Clover Hill Tavern and the tavern kitchen (which is now the bookstore). Then on to the guest house, law office and storehouse, as well as the Meek’s Store where all the goods of the time were displayed. 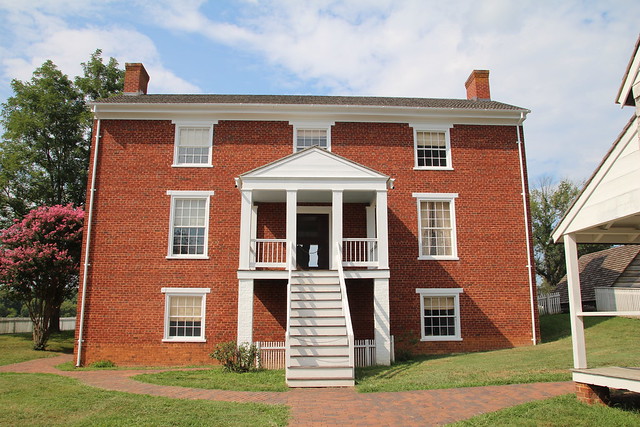 We spent some time in the McLean house where the surrender papers were signed. There was a ranger in there giving a tour. After looking around for awhile we headed back to get on the road to Charlottesville again.

We checked into the Doubletree in Charlottesville and were greeted with chocolate chip cookies and then went to dinner. After we came back we had a soak in the hot tub which was great. They have a very pretty garden setting in a glass house for their pool and hot tub so I’m sure it’s pretty in the winter when it’s cold outside.