Not much going on, still waiting for the new motorhome to arrive. So, as I noted I’ll post some more about the trip to Hawaii.

On Sunday, the 21st of Jan we got up early, we were still on east coast time. Off to Captain Dan’s Whale Watching trip located right near Kona. I have to admit is was not what we expected. Since this was advertised as a three hour tour both Mrs. CurbCrusher and myself thought that we’d get on the boat, spend an hour bouncing out to the “whale habitat” and then an hour looking around, and if we’re lucky seeing one whale, then another hour heading back in. Boy were we WRONG!

As soon as we left the harbor, there were spinner dolphins and a group of about 4 humpback whales. We watched the whales for awhile, none breached, but they flipped their tails a couple of times and surfaced to blow air/water out of their blowholes.

We moved up the coast a bit and found a group of four whales that were fairly active. We watched them surface and flap the water with their tails a bit. They swam back and forth under the boat, and then tired of us.

We moved a bit further up the coast, and found a mom, calf and an escort whale. These three were just swimming along, surfacing occasionally and blowing air out.

One of the things Cap’n Dan did that we have had fun with since is count down the whale showing its tail. A whale would surface, and then start to submerge. Cap’n Dan’s narration was something like this:

We ended up being on the boat for about three and a half hours. It was well worth the price of the trip. In addition to seeing the whales, we learned a bunch about them. 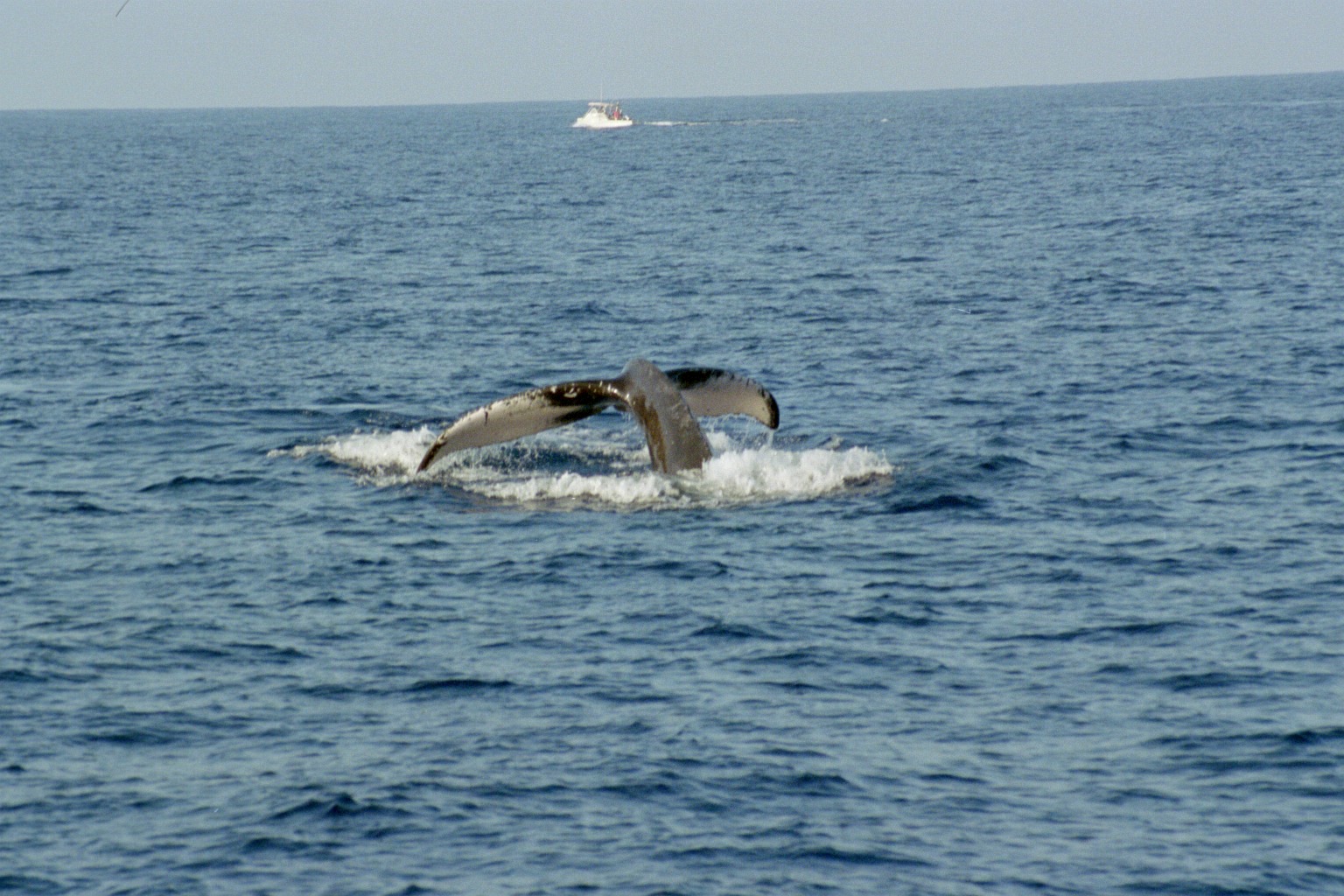