We got up and had some breakfast that the hotel provides. Most of them have been very good. Then off to Explore Park to finish our visit from yesterday. We first drove down to the historic village to walk around. They had about a dozen buildings scattered around that had been reassembled here. There was a grist mill, a blacksmith’s shop, couple of barns, and some homesteads. There were also several trails to explore. Lots of bugs again. Enough with the bugs! CC and I wandered around and took a trail down to the frontier fort and then walked along the river to come back. We stopped in the visitor’s center to look around and use the restrooms and get on our way to our next stop. 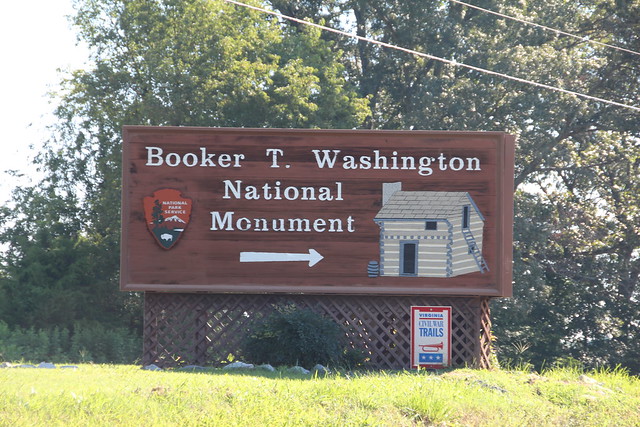 Not too far down the road was our next location at Booker T Washington’s birthplace. We stopped in and got the Jr Ranger book, a pin and my stamp. Spent time in the exhibits working on the book and then walked the trail to the kitchen where he lived with his mom, brother, and sister. The family that owned him had 14 kids and 6 of them went to fight in the Civil War. The plantation was pretty compact and easy to see everything. They had animals on the farm, we saw horses, sheep, a cow, pigs and a black snake!

After departing we started to make our way to Greensboro, NC where our next stop would be. As we got closer I saw a sign for Autumn Creek Vineyards and we stopped here. It was a beautiful location. With rolling hills, gazebo and an awesome interior. Some locals stopped by for a glass of wine. I think they were staying on the property in a cabin. The vineyard hosts lots of concerts on the weekends. I had a tasting $7 for 6 wines. Already a better price than VA. Also some of the wines were made with Muscadine grapes which I’ve come to like very much. I ended up buying 3 bottles and they gave me the wine glass. Now I have to figure out how to pack them because I will have to check my bag. The local couple told us about a place called Rody’s to have lunch so we set off on our way to find it. We did stop there and enjoyed the food. I don’t think I’ve ever been served so fast! 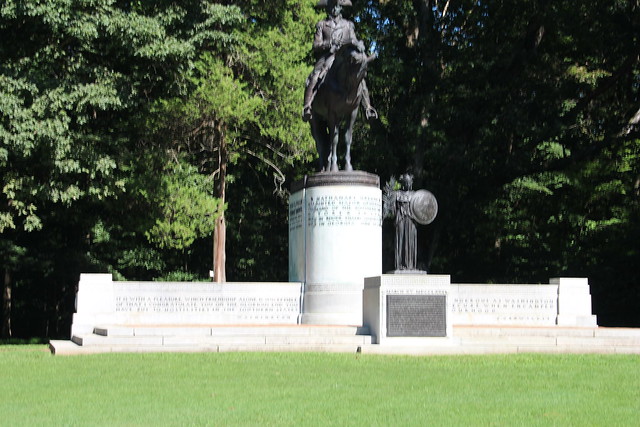 After lunch we continued on our way to the Guildford Courthouse National Military Park. This was our only Revolutionary stop on our trip. This was a battle between the Continental Army and British that we lost. Namely Nathaniel Greene and Charles Earl Cornwallis. There was a really nice video that explained the battle and some exhibits in the building. This is more a walk or drive park and they have a phone tour as well to go with it. Since I wasn’t up for walking with my foot we chose to drive and stop when able. After getting the Jr Ranger book, stamp and pin we set off to explore. We stopped at a few of the monuments to get out and look around. It was a pretty park that lots of people were running and walking in it. After finishing we completed our trip by driving into Raleigh, NC.

We ended up going to a Walmart for bubble wrap to wrap the wine bottles and stopping at a sub shop for CC to get dinner. I was too full from lunch still. Luckily I had brought a duffle with us in case I found some wine but we didn’t need to use it as everything fit into CC’s bag.