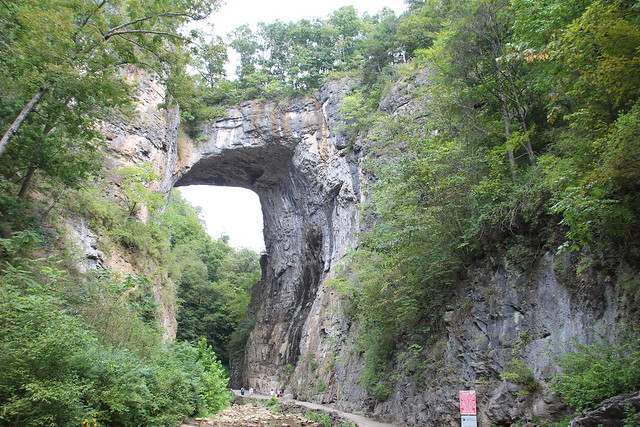 Today we are going to see Natural Bridge park. It’s located in a quaint little town with nothing else in it from what we could see. Right now it’s privately owned but at the end of September the State of VA will own the bridge portion and trail but not the store or hotel. The bridge is formed from limestone and actually has a road on top of it that is still used today RT 11. There is a stream running underneath it as well. A nice older man gave us a bus ride down to the trail and we walked underneath the bridge. It is immense. At night they do a laser light show on the walls. The path continues on to an Indian village of the Monacan Tribe. There were lots of huts representing the different areas that they worked and lived.

We then walked on to see a cave that had formed from the water. After that CC left me to walk up to the waterfall called Lace Falls. We had talked to a family that was coming back and they said it wasn’t spectacular but was pretty. CC loves waterfalls so I let him walk without me. My foot was hurting since I wasn’t wearing my boot so I rested next to the stream while he went to see it. He also saw another cave that was spewing water from it. It was called the invisible cave. We were able to get another ride back up and bought a watercolor postcard from the store. 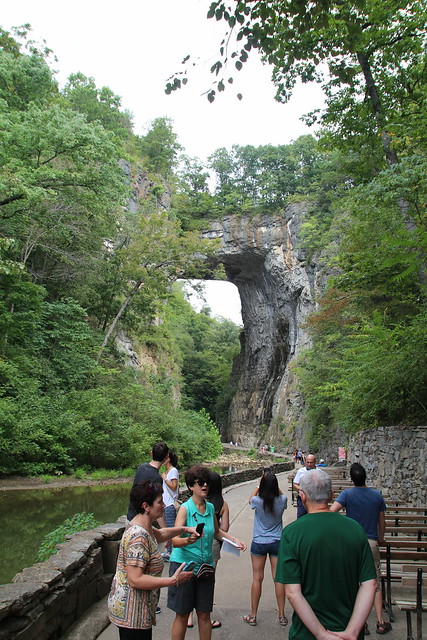 After leaving we were hungry and stopped in the town of Glasgow for lunch. We found an old time looking pharmacy and diner to eat at. It took forever to get our food. The waitress took our order but the grill guy seemed like he could only make food in batches of 10. So we were the first to order and had to wait over 25 minutes for our food while the last people in were served pretty quick. Our lunch ended up taking over an hour for a grilled cheese and chicken fried steak. But we were on vacation. 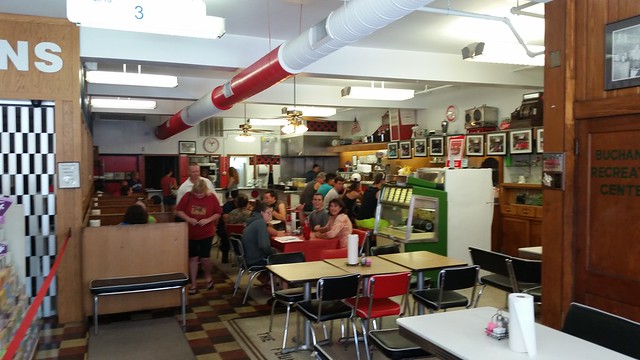 Next we jumped up on the Blue Ridge in an area we hadn’t driven before. We stopped in at the Peaks of Otter Visitor Center for a stamp and pin and then drove down to VA Explore Park Visitor Center. We didn’t have enough time to go through it today so we will come back tomorrow. 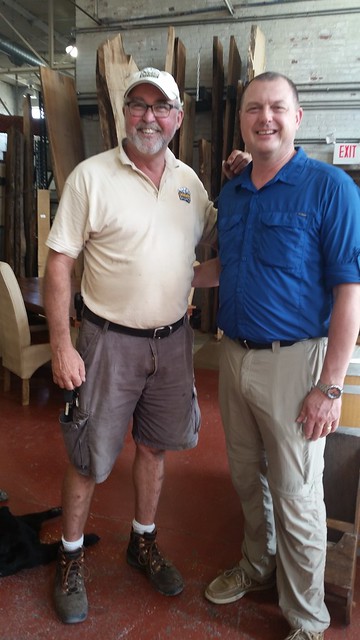 Our next destination was Black Dog Salvage in Roanoke, VA from the show Salvage Dogs. We really enjoy the show and the dynamic the crew has with each other. So we were excited to go here. Upon pulling up I saw Grayson working outside with the old truck. We took our pictures in front of the rocket ship. Then went inside the store. It is very large inside with 2 floors of stuff. Surprisingly it is very organized. I’ve been in many of these that are not and it is hard to find things. As we were looking around Mike comes up to CC and welcomes us to the store and says he’s glad we stopped by. We had a few moments chat with him and Sally the dog. He was leaving to go work a beerfest in downtown Roanoke. We later saw Robert helping customers. So they really do work at their business and not hand it off to others. We looked around awhile but didn’t find anything I could put into a carryon bag. Loved their raw wood tables. Wished we’d driven my vehicle up there. Maybe we will go back someday soon.

Since this was our last stop today we packed it in and went to our hotel for the night. 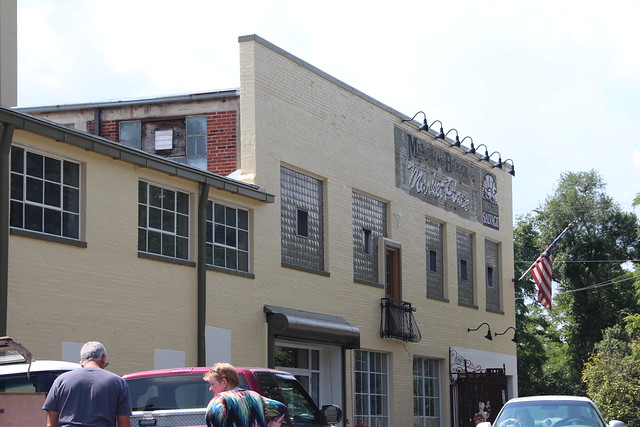